How an "outlaw" named Waylon influenced my life

As far back as I can remember, I've always been an independent thinker—a rejecter of group-think—and this has resulted in perpetual feelings of being an outsider. Even in kindergarten, I was aware of thinking and doing things differently, compared with most of the other kids. I was made aware of these differences when the other kids made fun of me for little things, such as putting together an art project in a way that was apparently unusual. I didn't really understand the reasons for the mockery, and I didn't really care. I continued to go my own way.

When I was in high school in the mid- to late 1970s, my independent thinking took various forms, all of which contributed to my unpopularity. I could provide several examples of personality differences between me and my peers and how they led to struggles with my self-image, self-confidence, and social life during that time—struggles that, to lesser extents, have continued to the present day. Basically, I just look at the world differently than the vast majority of other people. However, the main focus of this essay is on one particular difference that made me stand out among my fellow high school students—my musical tastes. I'll describe how this difference has shaped my life for the better. 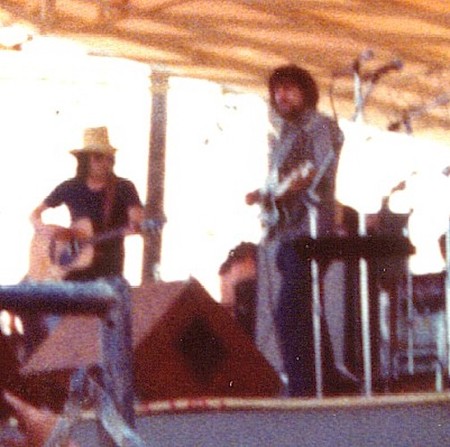 In the 70s, my favorite music was the "outlaw" country sounds of Waylon Jennings, Willie Nelson, and Hank Williams, Jr. Most everyone else my age was into Led Zeppelin, Wings, Elton John, and other rock acts (great music that I did not learn to appreciate until later). My high school was in a working-class southwest suburb of Chicago, where country music was as rare as real cowboys or farmers. I had been exposed to country music by my aunt's friend Betty, a fun-loving heavy-set woman from the southern Illinois town of Centralia, which is not far from St. Louis. Me and my mom briefly lived with my aunt Gen and Betty after my parents divorced (and before my mom and dad remarried each other). Betty loved the hard-core country sounds of singers like Ernest Tubb and George Jones.

I came to love those traditional country singers too. But the more I learned about country music, the more I was drawn to the renegade outlaw singers, who were then staging a revolution in the Nashville-based music industry by breaking the rules regarding how country music was performed, recorded, and marketed. These rebels insisted on making music their own way, rather than following the dictates of the powerful, conservative Nashville establishment. They merged country with rock, grew their hair long, and flaunted their hard-living rock'n'roll attitudes. Consequently, these artists appealed to lots of young people—not only me—though I knew of only one other kid in my high school who was into them. That was my friend Ron, but even he was much more into the Beatles and other classic rock than Waylon and Willie.

Waylon, Willie, Hank Jr., and a few other like-minded artists (like Jerry Jeff Walker and Kris Kristofferson) were my gods—but especially Waylon. Man, I really dug that guy's sound—his strong voice, his wicked guitar licks, the pounding bass in his songs. Plus, the guy was so damn cool, with his long-hair bearded macho outlaw rebel electric cowboy persona. Waylon's independent spirit, free-thinking mind, and do-it-his-own-way insistence were all things that I could relate to. I always thought of myself as my own unique version of a rebel. But until I discovered Waylon and his fellow outlaws, I never knew any other rebels I could strongly relate to. Waylon became both a role model and an inspiration for me—encouraging me to continue to go my own way in life, despite the roadblocks I might encounter. His music also helped pull me out of my shell by giving me confidence to overcome my social isolation and to deal with other troubles of my teen years. 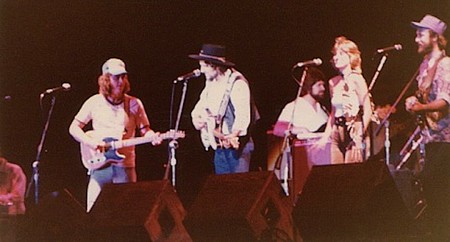 And go my own way I have tried my best to do during my entire life—though following my independent path has taken me through many twists and turns, ups and downs, and sunny meadows and murky swamps. I have pursued careers in art, science, and writing, eventually working for myself as a freelance writer and editor. I had to start working for myself in the early 2000s, because the corporate group-think propaganda was driving me insane! The honest and independent pursuit of my interests and inclinations have brought me some successes and some failures, but overall I have made a fairly comfortable living for myself. I have also followed my independent mind regarding politics—sticking to my conservative/libertarian/pro-freedom beliefs in a business (educational and academic publishing) that is overwhelmingly dominated by Leftist “progressive” (ie, authoritarian) mindsets. (An example is my strong opposition to the COVID-related fascistic restrictions and mandates.) 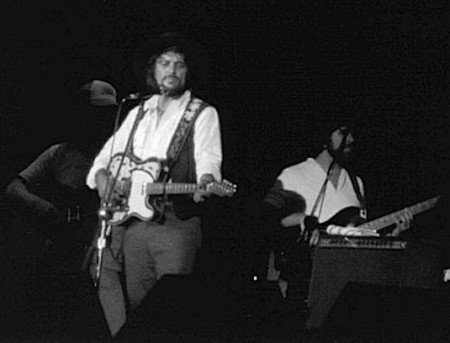 In the 1990s, I followed my musical interests into forming a local country-rock band—as an enjoyable pastime, not a money-making enterprise. I left the band after a few years of fun, partly because of differences in musical direction between me and the other guys. Anyway, I'm afraid that my singing and musicianship abilities are extremely limited. I definitely ain't no Waylon when it comes to musical talent, but I still enjoy strumming my guitar, pounding the keyboard, and singing in my own raw, unsophisticated way. I even have my own music channel on YouTube, featuring both covers and originals: https://www.youtube.com/channel/UC65_Q81A3jhi3cRGzMslsbw

I get some insulting comments, but that’s okay. I’m having fun, expressing myself, being myself, and doing the best I can. Insult as you wish; I don’t give a damn! 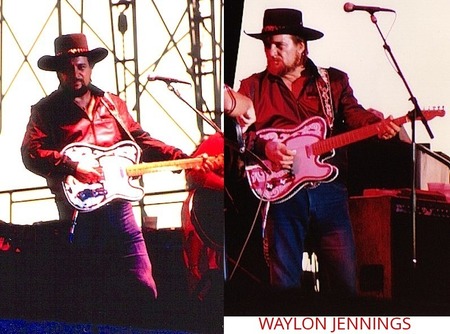 Perhaps it is a curse of those of us who follow our own paths in life, but another aspect of my personality that I have shared with the late great Waylon Jennings is addiction. Waylon was addicted to amphetamines and cocaine for many years, until he finally kicked those bad habits through sheer willpower when he was in his late 40s. But maybe the years of abusing his body ultimately took a toll on him, because he died of diabetes-related complications in 2002 at age 64. I spent many years with an alcohol addiction, which led, in turn, to certain other dangerous addictions. I'm now in my early 60s and in the process of recovering from those addictions. And like my hero Waylon, I am doing it on my own terms with my own willpower, inner strength, and determination, rather than group therapy or professional counseling (which I previously tried and found to be useless). I realize that this is a politically incorrect, scientifically questionable, anti-establishment way to go about fighting addiction, but what other way would you expect from a rebel?

So here I am now. I'm 61 years old. My income is not great. The freelance market goes up and down, with more down than up lately for me. Plus, I was recently fired (“voluntarily dismissed” in the current Orwellian language) from my 100%-work-at-home part-time writing coach job with a university, because I refuse to get the damn COVID vaccines. More illogical fascistic BS nonsense! You can hear a radio interview I did about that at: https://www.facebook.com/Chipsnsalsashow/videos/174000804920747

Fortunately, I have quite a bit in savings and investments from earlier, more lucrative days, and I have no debts. So I take the kind of work I like to do when I can find it, and I usually don't have to take types of work that I dislike. Unlike the four-times-married Waylon, I'm a lifelong bachelor, though I've spent a ton of money and had a great deal of fun with beautiful women over the years. I don't have many friends, and I like it that way. I don't need or want many people in my life. I keep a handful of individuals that I care for close to me; they tend to be unique personalities, like me. I always have been and I always will be a loner. And I have happy days and sad days, good days and bad days—like everyone else.

All things considered, I believe that I am in much better shape than most other Americans these days. And I got where I am today by living my life my way—just like Waylon, and just like Sinatra and Elvis:

Despite the negative and discouraging things I've had to deal with, I am secure in the knowledge that I have had the strength of character to live life on my own terms. I would have it no other way. For someone like me—and ol' Waylon—there simply is no other way to live.

So thanks, Waylon—wherever your soul is today—for being my inspiration since I was 15. I may have followed a few crazy lonely difficult paths over the years, but I do believe those singular paths have kept me from going insane!

The photos in this essay were taken by me at some of the many Waylon concerts I attended over the years. Here is a biography I wrote about Waylon (with some help from his son Terry) for the Willie Nelson Museum in Nashville: https://www.ajsmuskiewicz.com/downloads/waylon-jennings.pdf

Here is some of my artwork on Waylon: 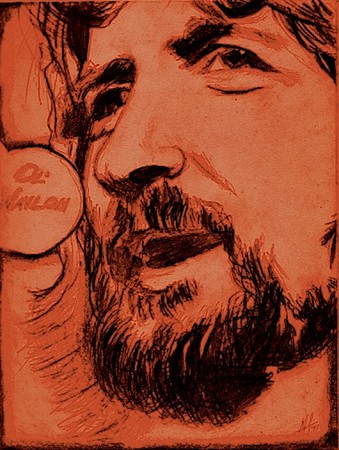 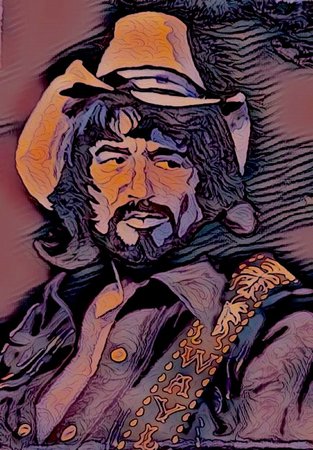 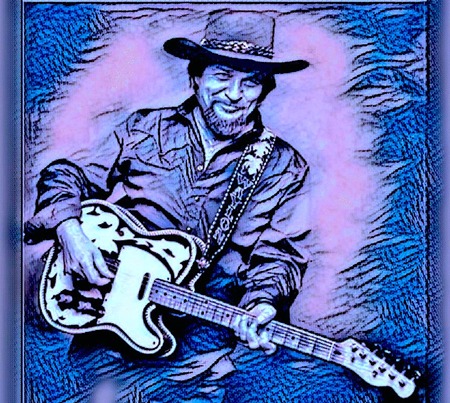 An autographed photo of my hero, made out to me: 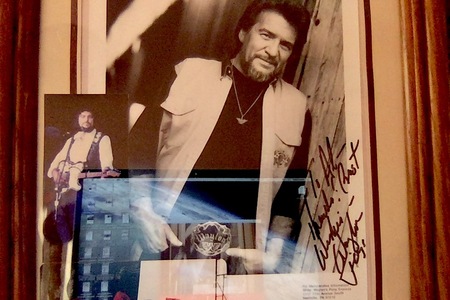 One of my better funky Waylon covers, in my opinion:

And finally, THE MAN himself: