A.J. Smuskiewicz is a freelance writer and editor with about 30 years of professional experience. He specializes in science, health/medicine/osteopathy, sexuality, history, world/current events, music, and cultural issues. He especially enjoys working on educational articles and books at the high school, college, and general adult levels, as well as such products as memoirs/autobiographies and biographies, novels, and college theses. He also helps English-as-a-second-language authors convert their text into proper English.

A.J. is known for his personalized editing style, guiding and collaborating with each writer in an individualized approach designed to help that writer achieve his or her best. He is also known for his careful, thorough, intelligent approach to all assignments, for his reliability, and for usually getting work completed ahead of schedule.

In addition to his regular work, A.J. is an eclectic essayist, a visual artist, and a unique type of country singer.

Whether you are an individual or a company—and no matter what your writing or editing needs—A.J. will work with you to achieve greatness. Please check the Testimonials, Writing Samples, and A.J.'s Essays links at the top of this page. 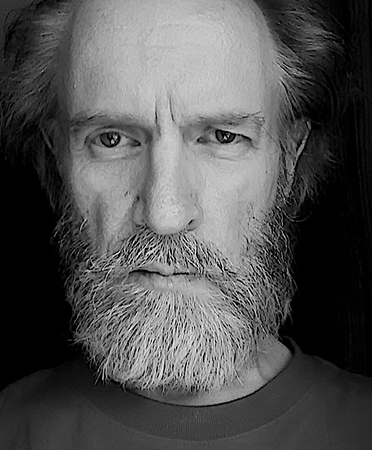 Some of A.J.'s book writing projects:

Some of A.J.'s article writing projects:

Some of A.J.'s editing projects:

I have used Mr Smuskiewicz as an editor for approximately five years. He is the first editor who has never intentionally or unintentionally changed the meaning of my message. When in doubt of my meaning, he always queries me about it rather than making assumptions and incorrect edits. I have great confidence in his work, knowing that my message will never be changed while its delivery goes from a sow's ear to a silk purse.

As a first-time author, I was extremely anxious about putting my work into the hands of an editor. I knew that choosing the right one could make or break my confidence as a writer. Al Smuskiewicz was recommended to me by a colleague. He offered to edit a small sample of my work for free, and we corresponded about the direction I was heading with my writing and my book. Despite the fact that his area of expertise was far outside the genre in which I wrote, I felt right away that we were going to establish a very mutually beneficial relationship. The months I spent working with Al on my novel produced a product far better than I imagined. His talent as an editor forced me to grow as a writer. He is skillful in his art and I am grateful for his mentorship.

Al Smuskiewicz edited my book, A View from the Inside. Not only did he do a superb job, but I learned a great deal from him about writing, punctuation, and grammar. This has held me in good stead for subsequent compositions and oral presentations. He has a very sophisticated knowledge of medical topics and understanding of the biological sciences. As such, he has a unique gift for medical editing. His editing services were timely and reasonable, and I would recommend him without reservation.

A.J. was instrumental in writing content for the health database we are launching in March 2017, and he is one of the best freelancers I've ever had the pleasure to work with. His writing is clear and engaging, and he followed my instructions exactly. He always met deadlines, and usually completed assignments well ahead of them. He's an excellent writer and I look forward to hiring him in the future for other projects.

I worked with Al extensively for a year while doing a database redesign and continue to send him our freelance projects. In that year of the redesign, I depended on him to write an enormous amount of content, and I was so grateful that I could send him these writing projects and not have to worry about them getting done on time and done well. His work is high quality—from the research to the content and writing style. And he always produces content on time or even early. Al was and continues to be our most dependable freelance writer.

Al and I have worked together on both personal and professional projects. In every situation, he has exhibited tremendous listening skills and knowledge of a wide variety of subject matter. The end result is ALWAYS a text that is articulate, accurate, and understandable to the casual reader. Al's intellect is hard to match. He has the ability to make complicated subject matter interesting while at the same time using his illustrative talents to enhance the project's visual interest. Highly recommended!

I worked with AJ on several academic papers for JAOA—The Journal of the American Osteopathic Association. He is a superb editor. His style is polished and professional without being pushy and elitist. This means that he works more as a partner and less as a conventional editor. This was always refreshing for me as a physician who is not a natural writer. I really enjoy working with AJ. He can turn a mediocre piece of work into something very good.

AJ was able to intuit the essence of what I was trying to express and put it into words better than I could. I felt profound gratitude for the beauty and sincerity with which he captured my thoughts. He is an exceptional editor with a great gift at writing.

For over a decade, Al Smuskiewicz edited the numerous articles on the Middle East and North Africa I published in The World Book Year Book. He did a superb job, not only in editing the text, but also in summarizing sections that exceeded the word limits, checking facts and dates, and updating the articles.  His attitude throughout was professional, cooperative, and collaborative.  I felt I was working not only with an editor,  but with a friend I could trust to make my work the best it could be.

Although I may consider what I have written to be clear, feedback from Al Smuskiewicz has consistently enabled improvement in my communication skills—without losing my style. I always feel confident in the ability of Al Smuskiewicz to help me focus my articles and make them more professional.

I have known and worked with Al Smuskiewicz for over a decade. For many years, he was the reviewer-editor of my contributions on geology and related topics for the Year Books of World Book Encyclopedia. The Year Books are generally written for high school students who have limited familiarity with scientific terminology. Al did an excellent job of rewriting my draft text for students at those levels, knowing which terms they would be familiar with, which would need to be explained, and which words might have potentially confusing meanings.

For my book Experimenting on a Small Planet, the publisher, Springer Verlag, hired him on my recommendation to rework the complex text of several chapters into a more readable, easily understood form. His knowledge and understanding of scientific terminology is impressive, and he made very significant improvements to the text.

Over my many years of writing for various publications, he has been the best editor I have known.

When it came to writing a thesis, I could not expect any colleague to take on the task of proofreading and editing, and since I kept hearing how important editors were from other thesis writers, I went searching for one. Mr. Smuskiewicz was listed in an email by our college as a recommended editor, so I quickly called him before the other students would see the listing and tie him up. Since I had already read my first chapters several times, I assumed that I was giving him an easy job. I assumed wrong. It was only when Mr. Smuskiewicz returned my work did I start to realize the deficiencies in my writing style and writing habits. I admit that I had to check my ego when my first document came back scratched up from top to bottom. After that humbling experience, I started to realize the importance of an editor. Not only were the corrections done properly, I felt I started to slowly improve my writing based on his suggested corrections.

Mr. Smuskiewicz is not just any editor. Through his compassion, understanding, and goodwill, not only did I realize his dedication to his work, but I also found a reliable friend. He always responded to my emails, always gave his work back to me on time, and could always handle anything I gave him. I told Mr. Smuskiewicz on several occasions that for what he does, he charges too little. In the end, my thesis read so well that I could hardly believe it was my own paper. It actually was my content, but somehow expressed in a way that I could never have done myself. The greatest satisfaction came when the first words from the first juror was, "This thesis read really well. I thoroughly enjoyed reading it."

Good-hearted, honest, profound, reliable people such as Mr. Smuskiewicz are a rarity. I am eternally thankful for his intense contribution to the most important document I ever wrote. As such, I would never hesitate to recommend his work to anyone trying to make their work—and, in-turn, themselves—even better.

As the managing editor of annuals at World Book Publishing, I worked with Al Smuskiewicz for several years on the World Book Year Book and Science Year annuals. He is an accomplished writer and a superb editor. After leaving World Book, Mr. Smuskiewicz very effectively co-managed Science Year as a freelance editor. I recommend his work whole-heartedly.

Al is passionate about science editing and writing, and it comes through in his work. As a freelance editor for The Journal of the American Osteopathic Association, he always turned around his assignments promptly—often days before deadlines. He is a talented, reliable editor.